And The Most Innovative Company Of The Year Goes To….

Once again, the Nigeria Technology Awards has recognized Seamfix for yet another category of awards as the “Most Innovative Company of the Year” in 2019.

This is an exciting win for us crowning our relentless efforts to build cutting-edge technology solutions that enable millions of people and businesses to achieve more daily.

In addition, this year’s category also recognized our Managing Director, Mr Chimezie Emewulu, as the ‘Most Enterprising Tech Entrepreneur of the year”. This is his personality second award from the stables of NITA.

We are sure glad to add these current awards to our teeming shelves. These accolades, we dedicate to our clients and customers, the reasons why we do what we do. Thank you, and cheers to more wins.

Here’s to many more milestones to come! At Seamfix Limited, we are dedicated to giving back to the society and this inspired us to offer open arms at the Professor Ayodele Awojobi Design Competition. This event has actively demonstrated a passion for supporting technological innovation amongst Nigerian Undergraduates.

The PAADC is a national competition that encourages Nigerian undergraduates to provide innovative and disruptive solutions to some of our nation’s most pressing problems. The theme of this year’s event was “Inspiring the development of indigenous solutions to the Nigerian problems using science and technology”

Prior to the Grand finale of the PAADC competition, the top teams had undergone a training program named “The Masterclass” with the aim of creating an environment suitable for effective and efficient implementation of the ideas.

The Masterclass which held for 2 days had about 60 undergraduates from various institutions, who were also part of the top finalists of the competition. Also, the event hosted numerous speakers from various companies like our very own Seamfix Limited, Zone Tech Park, Gokada etc.

Kudos to Seamfix Digital Marketer, Ademola Koledoye who spoke at the event dishing out food for thoughts on branding and how to leverage necessary tools for brand growth.

It was a superb presentation and we could tell by how interactive the session was and how most students there couldn’t help but ask questions. The event ended with a consultation session after the Masterclass.

Understanding Identity In This Digital Age

First the big question – What is Identity?

For example, any device with a bitten apple logo can be identified as a product of Apple inc. A man is identified as a man until he puts on a marine corps uniform and he is identified as a male marine officer, the logo on his uniform further identifies his country, the shoulder ranks goes even further to identify his rank in office. A Flag serves as an identity for a country … and so on.

In this digital age, the idea of identity has vastly transitioned into Digital Identity — an equivalent of the real identity designed for the modern web, to gain access or authorization into systems. From signing up to Gmail to setting up a social media account, to making payments on your Netflix account, your digital identity can vouch for your claim to access into any digital space. Just like real identity, digital identity proves an entity’s history, possession, and authority.

It is one thing to have an identity in all its forms, and it is another for the entity to prove ownership of that identity. And that is why ….

We can’t talk identity without talking Proof of Identity.

Proof of identity as the clause goes is any document that can prove a person’s identity. It is important that as individuals/entities, wherever and whenever, we have on us proof of identification — either a photo ID, birth certificate, or our digital identity in our subconscious digital wallet.

The general rule of thumb here, however, is that government-approved proofs of identity carry more weight than their counterparts. Although, in a lot of developing countries, a large number of her citizens do not have a single government-approved proof of identity for all the wrong reasons, which limits or even completely blocks them from receiving certain basic services, such as health care, and also struggle with gaining economic opportunities and financial inclusion.

This brings us to another big question…. 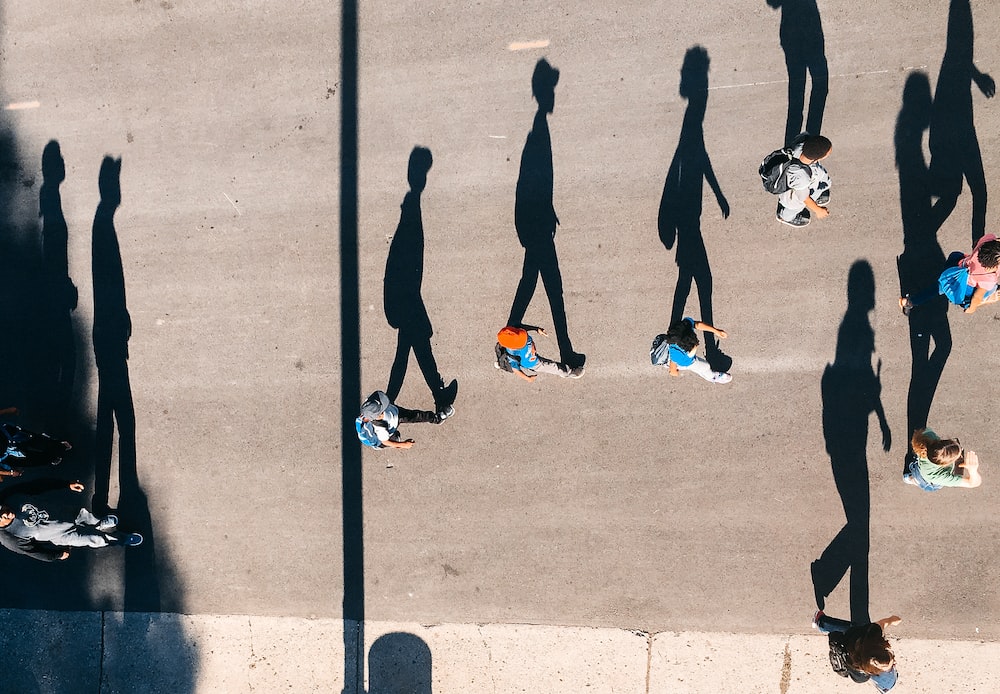 Why do we need our identity?

It should be noted that our identity is way more important to other entities than it is to us (the owners) as we already know who and what we are. The identity construct is necessary for other entities to see and place us accordingly.

So why do we need our identity, digital or otherwise?

Another reason is for Authentication. This is to prove that the identity attributed to the entity or thing is owned by them. This usually would need a physical presence like matching a photo ID with the face of the person presenting it, or, best practice, authenticating a digital ID against an existing database.

And finally Authorization. This is to gain access to any service, be it a location, health services, travel services, web, systems, and also to determine the level of access we get. Like gaining access into a building using an RFID code tied to our digital identity, viewing our result after an exam using a unique number tied to our identity, or Role-Based Access Control (RBAC) for enterprise systems.

Moreover, with the emergence of digital identity came several identity issues. The need to solve these rampant but uniquely emerging identity-related issues birthed the concept of identity security only achieved through Identity Management.

Basically, this is the authentication and authorization of an entity to gain access to certain services and systems (digital id) using an established identity.

Identity management in ancient times was as easy as someone having to vouch for another with word of mouth. This method served as the approved means of identification and authentication, while authorization was just based on status. Now with the rise in the use of digital technologies and the interconnectivity that the Internet of Things promises, the identity environment is constantly becoming complex, which means identity management will have to keep up with the changes.

Some of such changes include Blockchain Technology, Digital Wallets, a shift towards Decentralised Identities, Self-Sovereign Identities and Distributed Identity -  all aimed at strengthening identity management and mitigating against the increasing issues with identity and access control. Now, identification requires proof, authorization requires passwords and other predefined Access Control List (ACL), and authentication requires verifying against a stored database.

Since Identity in all its forms is a key, identity management is necessary not just to protect the key but also where the key can be used and how. Issues of privacy and identity theft have driven companies all over the world to consider the use of identity management solutions to address these concerns.

On the other hand, is Identity Validation. Normally, except a company is directly connected with Identity and Access Management (IAM), identity validation should not come up. However, with the increasing risk of identity fraud and data breaches, identity validation has become a general topic and should never stop being one. In this world where digital identities serve as access to almost everything - a fraud with few pieces of critical information can wreak devastating havoc. Hence validation as a necessary factor in identity management.

Identity management, data management, and validation are trends that are sure to stay as long as people still care about security - either in terms of identity or data - and that is why as a forward-thinking technology company, we chose holistic identity management as our core focus.

Seamfix takes identity management to the max by building platforms that enable businesses in every industry to capture digital identities of their customers, and validate these identities against all national databases (we are connected to) all in one-suite.

Right now, Seamfix enables the verification of unique identifiers such as Bank Verification Numbers and National Identity Numbers (for Nigerians only) to ensure that organizations collect only clean data to be gleaned for insights.

Are you, or your organization passionate about data? collecting it? collating it? analyzing it? then you are the kind of people we write for. Follow our publication, and you would gain knowledge on everything data, from the process of easy capture to the end goal of making data-driven decisions. Find out about our company SEAMFIX and how we solve big organizational issues with third-generation solutions HERE.